Where Are They Now? – Sami Staitman Goes Off-Broadway

Not too long ago, an uber-talented, ambitious girl-next-door named Sami Staitman was starring in productions of Legally Blonde and The Hunchback of Notre Dame at Calabasas High School. Today, Sami is a sophomore in Pace University’s theatre program in New York City and will be appearing in her first Off-Broadway show, The Green Room, this fall. The Green Room is in the spirit of A Chorus Line and Merrily We Roll Along in depicting the lives and dreams of four college students looking to make it in the competitive world of Off-Broadway theatre. With a book by C. Stephen Foster and Rod Damer and songs by Charles Pelletier, The Green Room won the Best New Musical award from Broad Views On Broadway’s New Works Festival. We caught up with Sami recently in a phone conversation about the latest rung on her ladder to success.

VCOS: This is really exciting for you. Were you surprised to land an Off-Broadway show this quickly since moving to New York?

SAMI: Yeah! I was very hopeful when I moved to New York but I didn’t expect it to happen so soon. It’s been really exciting.

VCOS: How did it all come about?

SAMI: Well, I went to an EPA (note: Equity Principal Audition) for the show and I thought the audition went OK but I didn’t really expect anything to come from it, and then I got a callback and I went, and I made it through a bunch of different rounds and a bunch of different chemistry reads. At the end it was between me and one other girl and then five days went by and then I got the call that I got the job.

VCOS: How long have you had your Equity card?

SAMI: I got it when I was 11 after doing Annie in Utah with the Pioneer Theater Company.

VCOS: Tell me a little about The Green Room.

SAMI: It’s been around for a while but this is the first time it’s going to New York. I think they’ve reworked some of it, so it’s a brand new show for New York.

VCOS: Tell me about the character you are playing.

SAMI: I’m playing Anna. In all the press releases they call her a princess. She’s very driven and loves what she does and wants to do it forever.

VCOS: How would you describe the four characters in the show?

SAMI: I think that each of them has special unique qualities, but I think that the best thing about them is that they are all very relatable and they’re all real people. There are two girls and two guys in the show and I believe anyone can relate to any of the characters. With my character, I really can relate to her because she’s very driven, as I’ve said, and she really goes after her dreams and knows what she wants to do without letting anything get in her way.

VCOS: How is Anna different from you?

SAMI: I think she is not as worldly. She’s definitely more introverted and a little bit more scared and meeker. I also think I have more street smarts than she does. She’s very sheltered.

VCOS: Have you met the book writers or the composer yet?

SAMI: I believe I’m going to meet with them during rehearsals and everything like that, which I’m really excited about but I haven’t had many opportunities yet to meet them and talk about the show.

VCOS: How do you feel about doing a show that nobody’s heard of as opposed to doing a classic that everyone is familiar with or part you’ve already played?

SAMI: I think it’s really exciting. I really like doing new work and getting to put your own spin on it and not having the pressure, I guess, of having to jump into a show that so many people expect the same thing every time. So it’s nice to be able to do your own thing and to make it your own and create a character.

VCOS: With any luck, people will be looking to your example when playing your character.

SAMI: That would be awesome!

VCOS: In looking back, what do you think best prepared you for your experiences at Pace thus far?

SAMI: For me, what helped me the most was the seven years I spent learning from producer/director Bruce Kimmel, who is based in North Hollywood. He has these monthly cabaret shows that I was a part of for those seven years and he really trained me well, taught me the majority of what I know today, and helped me grow as an actor. I don’t think I would be in the place where I am today if it wasn’t for him.

VCOS: You’re one-person show Welcome to My World helped a lot, too, didn’t it?

SAMI: Yes, and that was also Bruce’s show that he wrote and directed for me, which was amazing.

VCOS: What kinds of things will you be working on when the new semester starts at Pace?

SAMI: Well, we do our daily classes, like dancing and singing and acting classes. Pace is a great school because it’s based in New York City so many working professionals come and teach and we get amazing master classes all the time. So I think that just being in that environment and living in New York really has its advantages. You’re either taking classes at the school itself or you can take classes in the city. I just think that all-around, it’s a great location for a school. I’m living in the dorms and going to school at the same time.

VCOS: Is there anyone you know from Ventura County who is also working with you?

SAMI: Quinn Martin is in my class and also Madison Wexler. Both of them are from Thousand Oaks. So it was nice to go in and already know a few familiar faces from home. They’re both doing great. Quinn is doing summer stock right now and Maddie is also doing a camp.

SAMI: I’m just really excited to be doing this and taking the next step in my career and hopefully, things will keep rising and going up from there! Hi to everybody back home! 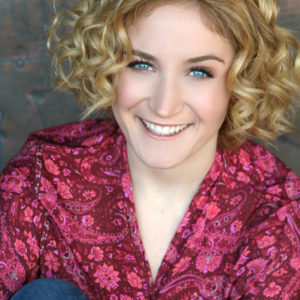 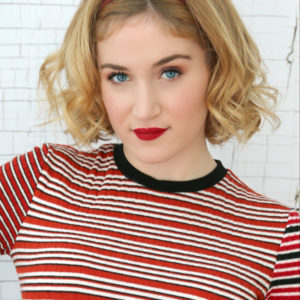 Tickets for The Green Room are now on sale at https://www.brownpapertickets.com/event/4274991.

"The Book Of Mormon"…

"The Book Of Mormon" Comes A-Callin'